A Rainbow Over McCahill Park 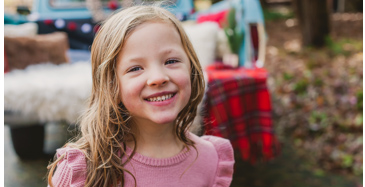 “Try to be a rainbow in someone’s cloud.” - Maya Angelou (Libby Hilf)

Miracle Collington, an undergraduate student at Pennsylvania State University, attests to Whittingham as a rainbow in her life. Collington lost her mother while she was Whittingham’s first-grade student. She says Whittingham was there for her during one of the most difficult times of her life. “She was so patient with me”, Collington recalls. “It’s nice to know that somebody that was there at your worst, when you were going through something so terrible, was patient and could still respect you.” Today, Whittingham is present during Collington’s best times as well. Whittingham congratulated Collington on her college acceptance and continues to reach out to her. “She means a lot to me because she was there through that time and even after.”

In August of 2019, Abbie and her husband, Steve, tragically lost their five-year old daughter, Annabel, or “Annie”. Whittingham describes Annie as beautiful, fun, and energetic. Annie loved her older sister, Sadie, dolls, and her dog. Annie also loved McCahill Park, a small park located around the corner from her house. Whittingham and her daughters would visit the park frequently. However, she recalls, “It was in much need of a huge makeover.”

In the days following the tragedy, a family friend created a Go Fund Me Memorial Fund for Annie. Additionally, a donor pledged to match all contributions collected by the memorial fund. The Whittinghams were shocked by the many people who contributed and the amount of money raised. In total, they raised almost two hundred thousand dollars. She recounts, “Something I’ve learned out of this horrific tragedy is that there is such good. I think sometimes we forget about that, and I’ve seen it so many times.”

At Annie’s funeral, Whittingham quoted poet Maya Angelou during her eulogy: “Try to be a rainbow in someone’s cloud.” She says, “When you go through such a horrific tragedy, the way you can grieve and move on is to try to make good of it. There has to be a reason why – there has to be something good that comes out of it.” Consumed with clouds, the Whittingams sought to find a rainbow. In deciding what they could do with the funds, they immediately thought of McCahill Park.

Creating Annie’s Field of Dreams at McCahill Park required much planning, work and dedication. The family drove all around Pittsburgh every weekend surveying different parks, generating ideas and choosing what Annie loved most. She says that creating the park has “been helpful for our family to heal.”

Annie’s Field of Dreams officially opened to the public on October 4. Images of rainbows are evident throughout the park. It includes a lending library, a play village, a circle bench, swings, a basketball court, a zip line, and a saucer swing. However, the park is far from complete – in fact, it is just getting started. Plans for a doll lending library, a bike path, and a pickleball court are still in the works. Whittingham hopes the playhouses will be ready by springtime.

The Whittinghams never forget, “how lucky we are and how fortunate we are to have such a beautiful place named after her [Annie] and built just for her memory.” Whittingham wants the world to always remember Annie. She says, “When you go to that park, it tells her story.” Moreover, Whittingham wishes for the park to be a place “… to have fun, to make memories, to just be a kid and forget about all the worries of the world and play.” And as for what Annie would have thought about the park, Whittingham says, “I know she would have loved it.”

In a world that oftentimes feels consumed with clouds, Annie was a rainbow. Whittingham says, “I always say that the park is just like her — beautiful and fun and energetic and just so full of life… that was Annie.”