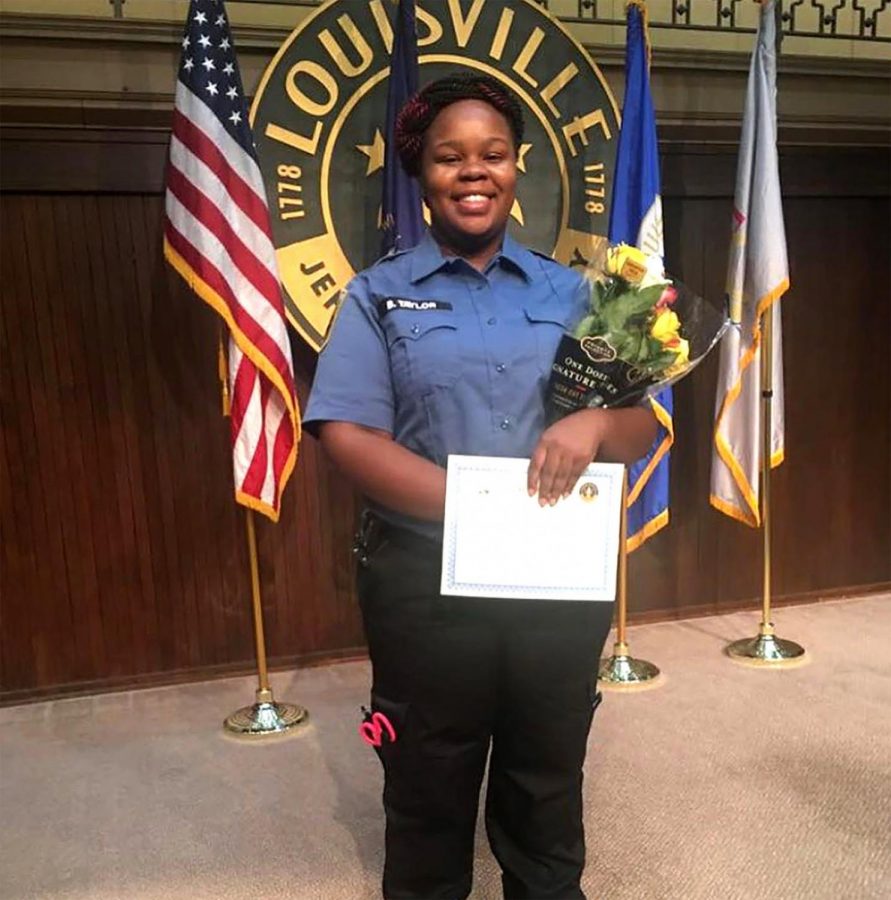 A 26 year old woman by the name of Breonna Taylor was killed on the 13th of March, 2020 inside her home by police officers. The police officers were invading her house which they claimed they had a “no-knock warrant” for. Taylor was in bed with her husband at the time, and when the officers came into Taylor’s home her boyfriend fired first thinking they were some sort of robbers which caused the officers to fire back, striking Ms. Taylor and fatally killing her. Ms. Taylor was shot 8 times, killing her with one officer shooting her in the leg. It was later said that the police went into the wrong house.

On June 23rd, 2020 officer Brett Hankison was fired from his job but with little evidence and only statements, it was the police’s word against the Taylor family. The situation got bigger as it hit social media. It grew into a larger discussion not just about police brutality but about race in America. One of the things that fueled these online disagreements were about how “easy” officer Brett Hankison got let off. Many people believed that the officer who shot Mrs. Taylor should be arrested and thrown into jail.

All over social media a movement calling for the arrest of the cops who murdered Breonna Taylor began. Protests broke out in Louisville, Kentucky, spreading to states all over including  Pennsylvania and our very own city of Pittsburgh. (These protests also happened for other reasons including the deaths of Antwon Rose and George Flloyd.) Breonna Taylor’s case helped spur the Black Lives Matter (BLM) movement as well. It was talked about in many schools and became projects of people voicing their opinion on her case. Some people began to say that Breonna and her boyfriend were indeed criminials and others disagreed. This case fueled a countermovement “Blue Lives Matter” in regards to supporting the police on the issue of police brutality. Although both movements already existed before, Taylor’s case striked a louder publicity spread to each.

In the most recent update of Breonna Taylor’s case, they said that evidence has been found but they’re not sure if it should be released or not. We are not sure if it is to protect the cops who killed Ms. Taylor or to protect Ms. Taylor. A lot of people believe that the evidence should be released, including students from our school like Donise Griffin who said that, “I feel as if it was such an open and close case of self defense then they wouldn’t have any issues releasing the video evidence that they collected on the day. So as her mother said she should be hurt and outraged because the justice system did fail her.”

Jayden Williams, another Allderdice student said that, “the criminal justice system has 100%  failed to do their job and get justice for Breonna Taylor. Since they said the investigation was over they should release it to the public. The least they can do is show her family what happened.”

This pending case still striking social media is not over yet. As far as we know the people will forever voice their opinion on the case.

More recently, the New York Times says, “A grand jury indicted a former Louisville police officer in late September for wanton endangerment for his actions during the raid. He pleaded not guilty. No charges were announced against the other two officers who fired shots, and no one was charged for causing Ms. Taylor’s death.”