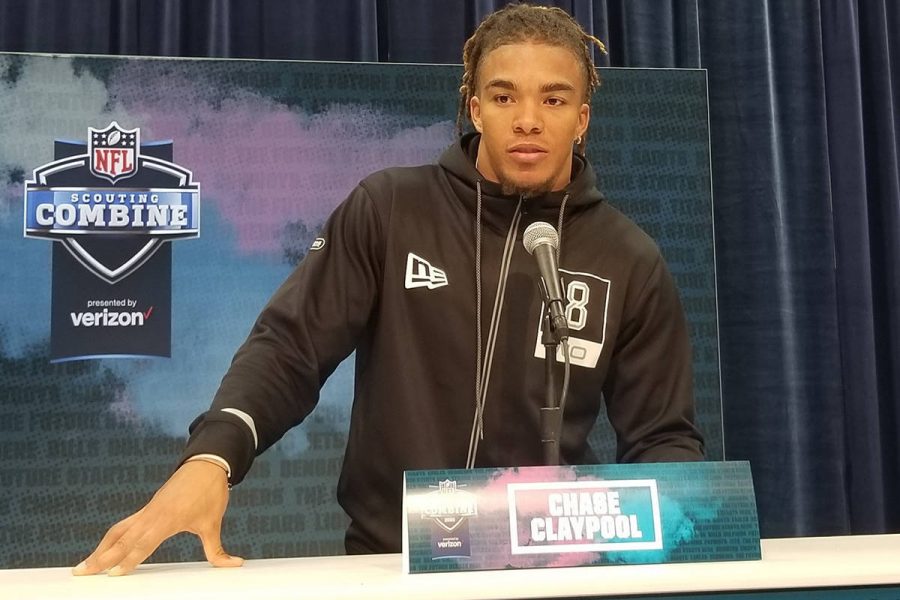 The 2020 season has been hands down the best season the Steelers have ever had, and that’s saying a lot for a team that has six Super Bowl titles to its name. If you are a casual NFL fan that doesn’t follow the Steelers as much as Pittsburghers do then you’d probably assume their success is based on the defense. Since the Steelers defense carried one of the worst offenses ever, last year that would likely carry over. While the Steelers defense is a key part of why they’re winning games this year with T.J. Watt, Bud Dupree, and the line getting at least three sacks a game none of these players would even go into team MVP considerations.

The offense rather than defense is why the Steelers are winning games, and Canadien rookie WR from Notre Dame, Chase Claypool provides the necessary jolt that this offense needed from last year, and maybe in the league MVP conversation. Claypool, a second-round pick, was the first player the Steelers chose in the virtual 2020 draft since they traded that pick last year to the Miami Dolphins for Minkah Fitzpatrick, looks to be an absolute steal that should have gone in the first round. The Steelers have hit the jackpot with their last three times they selected in the second round. They took all wide receivers, Juju Smith-Schuster in 2017, James Washington in 2018, and Chase Claypool in 2020, and all three are the Steelers main receiving core.

Scouts at the time were comparing Chase Claypool to former Lions legend, Calvin “Megatron” Johnson, and his game this season shows why. He put the league on notice when he had 4 TDs against the Philadelphia Eagles in Week 5. He’s not really a big yards receiver, rather a guy that Rothlesberger can lob the ball up to in the red zone because he towers in size over defenders. He leads the team in TDs, and is on pace to have 12 TDs by the end of the year, with the paper soft schedule they have the rest of the way, it’s a possibility that he exceeds it.

This past year the number of wide receivers going into the draft was astounding, and because of this, Claypool was probably overlooked by most GMs in the league. Chase is a very pleasant surprise to the team and fans with his production on the field, and his personality off the field that makes him a fan favorite. Aaron Rogers of the Packers should be reminding their general manager every day that Claypool was available, yet they took his bench-warming predecessor. The Steelers are happy they have Claypool, and the rest of the league should regret not taking him. The scary thing is he is only going to get better as he gains more experience as an NFL player and any rookie mistakes will go away and be solved very quickly and easily if he ever does become a star.