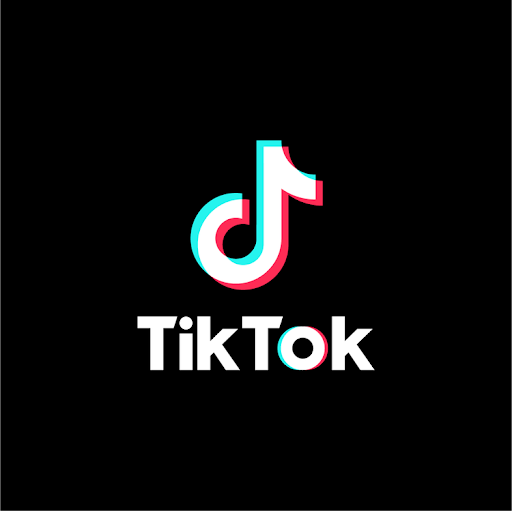 Tiktok, one of the most controversial social media platforms used today.

Society has consistently had a problem with hating items and media associated with young women. Throughout my youth, the things that I and many other girls enjoyed and consumed were often heavily critiqued by both men and other young women. I particularly remember during the peak of Justin Bieber’s popularity, when I was in elementary school, there was almost an equal amount of girl’s who’d make fun of other girls for liking him as there were actual fans of him. Anything media marketed towards a teen girl audience is immediately given much harsher criticism than other things of about the same quality. In general, things associated with femininity are constantly critiqued by society, even if society itself is the thing pushing young women towards those behaviors, and I feel like this is why so many girls have some amount of internalized misogyny.

TV shows predominantly watched by women are harshly critiqued when compared to shows of similar quality that are more associated with men. The CW is a television network that is well known for making mediocre at best, overly dramatic, shows. Some of the most highly criticized shows to come out in recent memory have come from the network, with shows like Riverdale being subjected to intense online criticism. These shows are primarily marketed towards young women, and their fan base reflects that. I am in no way trying to say that these shows are good or even average, but they are mostly harmless and seem to face a disproportionate amount of hate when compared to shows of similar quality. Shows like The Big Bang Theory often have pretty misogynistic portrayals of women and many of their faults are frequently ignored by many reviewers. While I’m not trying to say that there aren’t positives to these shows, I do feel like they are often over-praised when compared to shows marketed toward a female audience. The fact that they are so low quality, yet still heavily pushed onto young women, shows how society views the intelligence of teen girls. Teen girls are pushed to consume this content, but are then critiqued for enjoying it. I feel like this is what leads young women to considering almost any media they consume to be a “guilty pleasure” regardless of the actual quality.

Society has also historically pushed women to conform beauty standards, while condemning the use of makeup. Of course, while many women wear makeup as a form of self-expression with no thought given to the ideals of society, there are still many who feel a sense of obligation to do so, particularly within work environments. Media has consistently had a huge influence on beauty standards — look at the 1950s with it’s obsession with “Hollywood glamour.” The creation of popular media has been mostly male dominated, and while this has gotten better, the significant majority of people in-charge of creating popular media are men. Despite men mostly being the ones pushing female beauty standards, many like to criticize the makeup women use to attempt to better fit this ideal. Even in the renaissance era in Europe, male painters set the beauty standard, but they also used religion to critique women for wearing makeup to better fit their standard. They believed that women were using makeup to “alter god’s creation.” This is notably similar to today, with men calling women who wear heavy makeup “catfishes” for looking different in and out of makeup. Similar criticism is applied to other cosmetic practices that women are pressured to engage in by society. The media constantly makes jokes towards the amount of time it takes for women to get ready, as well as the amount of hair and body care products they use.

I feel that the heavy criticism young women face for everything they do or consume, has led to the strong amount of internalized misogyny that many young women now feel. There’s this need to sort of over-correct ourselves, with hating anything that we see women criticized for liking. I feel that the wide-spread criticism of things associated with young women is why so many women go through a phase where we’ll also start attacking other women for liking specific things. I feel this happens every time something becomes popular with young women, with a very recent example being TikTok. Of course over time, more and more people have started using the app regardless of age or gender, but particularly towards the beginning of the app’s usage, it was dominated by young women. The app being predominantly used by women, is what I think lead to it being so widely hated, and many of the people who seemed to despise it were other young women. For an example from the late 2000s, Twilight was both very popular with teen girls, but almost an equal amount hated it. It was a sort of punching bag for reviewers, and that led to it becoming one of the most widely hated movies in recent memory, with it’s young female fans getting tons of criticism directed at them. Of course there are also young women who criticize other women who wear makeup or more revealing clothes, claiming that they do it for male approval. I feel a lot of this criticism not only comes from society condemning more feminine activities like wearing makeup but also the pressures these women have felt to do similar things to conform to beauty standards. In order to avoid the criticism that society places on women who consume things largely marketed towards them, they completely reject them and place criticism on women who don’t.

I feel like some aspect of the internalized misogyny that many girls now deal with is in some way influenced by the way people critique media associated with young women. As a whole, society ends up critiquing the media young women are pressured to consume much more harshly than they do with media of similar quality marketed to a male demographic. This even applies to the items women consume as part of their everyday lives. I think that this in some way influences young women to view their interests in a more negative light, and is part of the reason why so many women make it a point to reject things associated with femininity.