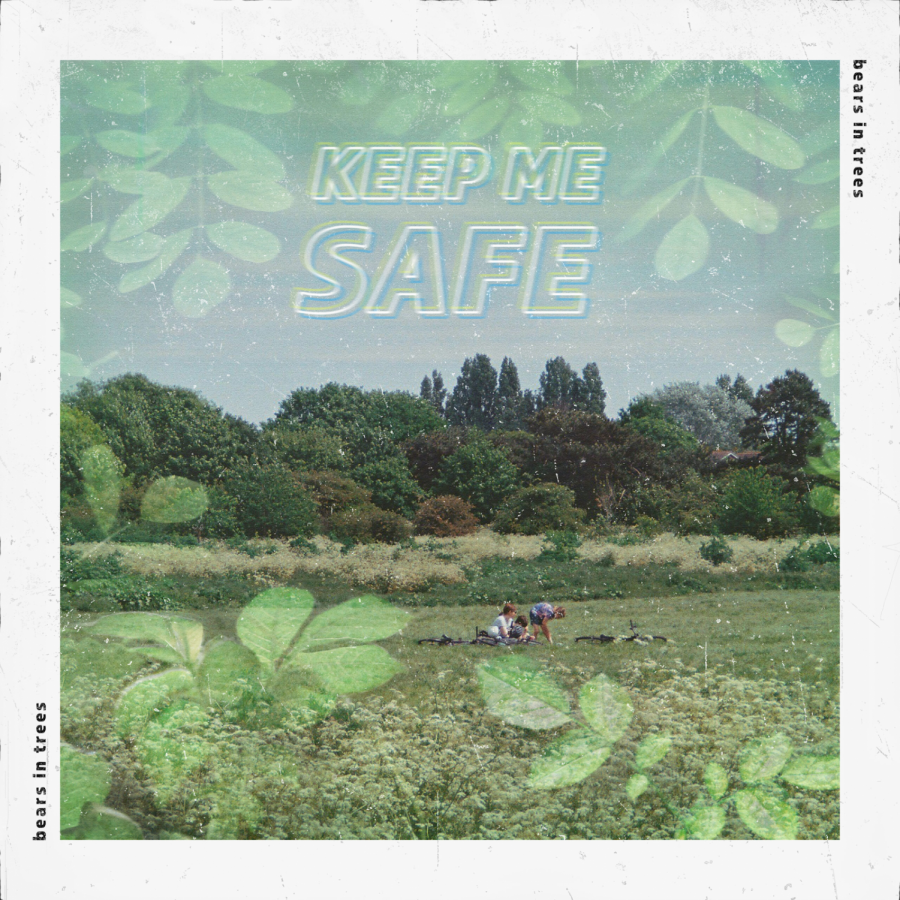 In the age of social media and the internet, the way that music is created and consumed has changed significantly. It’s easier than ever to share your music with the world and connect with fans as an artist, and South London-based band Bears in Trees are harnessing that power to create a unique space in the world, both on and offline.

Iain Gillespie, Nick Peters, George Berry, and Callum Litchfield have been making music together since 2014, when they were in high school. Though Iain, Nick, and Callum started the band together, and later met George in college, all four grew up in the Croydon area of South London. I sat down for a virtual interview with the band in early December, just a week before the release of their third EP, Keep Me Safe, which Callum describes as the antidote to their previous EP, I Want to Feel Chaotic.

“I Want To Feel Chaotic is about accessing and coming to terms with the darkest parts of yourself, and Keep Me Safe represents that journey of getting better,” he says.

Prior to meeting George, Callum, Nick and Iain (the latter two having met and bonded over their love for Fall Out Boy) started a punk band just for the sake of making music, and gained some confidence and experience playing “very loud noise in a very small room for teenagers to mosh pit to.” But after the four had united and the Bears in Trees journey had truly begun, their sound evolved into something new and different, fed by their diverse music taste.

Between them, they listen to pop punk, indie, electronica, classical and Disney soundtracks, for a few examples. Among many others, they cite their largest influences as the Front Bottoms, The 1975, dodie, and Walk the Moon. This collision of genres led to their unique sound, as well as their self-proclaimed label of “dirtbag boyband”, making the point that the genre isn’t as important as the quality and meaning of the music itself.

That music, in particular Keep Me Safe, is calming, yet deeply expressive, and is best described as the auditory equivalent of a hug. Acoustic guitar and ukulele accompany lyrics that conjure images of beaches, meadows, and sunrises, while celebrating how strong friendships can help you remember you are loved and get you through the darkest of times. Iain and Callum’s vocals, though strikingly different, blend smoothly, and the EP certainly lives up to its name, making the listener feel somehow protected.

Up until recently, the band has been completely self-managed, from music production to merch, but they were signed to indie label Counter Intuitive Records in October of 2020.

“It’s mad, because so many of me and Iain’s favorite bands when we were adolescents were signed to that label…and to be signed to that label now, it’s frankly ridiculous,” Nick says.
Despite getting signed, however, music is still “very much a part-time thing” for the band, who are still working and attending university.

George says that “In the last year it’s definitely taken a step up…obviously the dream is for this to be our full time job.” But when asked if anything about becoming more popular made them nervous, the response was a resounding “Everything!”, with Iain remarking that they write music about very personal things, and it can be difficult to stay authentic with more and more eyes on you.

One very unique component of the band is their close interaction with their fanbase. On Tumblr, “Sandboxes”, as they call their fans, can ask anonymous questions or tell them things, and they have a Discord server where they host game nights and have even held a Bears in Trees meme award ceremony. They say that they might not be where they are today without the internet, and Nick mentions that he thinks it’s the honesty and transparency they try to embody in their internet presence that are important, and hopefully attract their listeners.
And what is the point of all this work they’re putting in?

Iain adds on that they want to “help other people know that they’re not alone in what they’re feeling, and give people the tools to help them grow and become better and heal.”

So, although we may be stuck in quarantine still, there is no better time to check out some new music and support a growing band. If you are looking for the hottest emo-folk-punk-indie-ukulele-rock tunes around, consider joining The Sandbox. I guarantee Bears in Trees will be happy to see you.