Oral Does it Again, and the Big 10 SUCKS 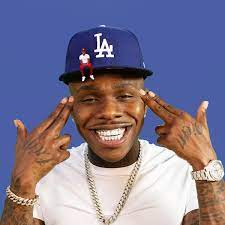 Ex-Pitt Panther forward and Ohio State fan representative Au’dise Toney commented on the matter, “We got too comfortable and relaxed with it but they just busted it in our mouths, and we just had to eat that up and take it on our chin.” In the world of sports it’s rare to see this kind of upset. For a team like Ohio State whose sports programs get millions of dollars a year to lose to a small team like Oral Roberts who get less funding than the NCAA women’s basketball weight room. In fact Oral Roberts was able to beat Ohio State before Jim Harbaugh’s Michigan Wolverines could.

In another region of the tournament, the number 1 seeded iLLinois Fighting iLLini took second round L to 2018 Cinderella story Loyola Chicago, led by 101 year old nun Sister Jean. iLLinois, who won the 2021 B1G Championship, was picked by many to win the tournament. Led by superstar players Kofi Cockburn and Ayo Dosunmu, iLLinois was a disappointment this year after such a successful regular season.

To join them on the disappointment train 🚂🚂🚂(choo choo) are the Iowa Hawkeyes. Led by their proclaimed messiah and “best athlete in University of Iowa history,” Luka Garza, the Hawkeyes looked to be a force this year. Iowa who has a potent offense lacks defense and speed up and down the court, with Luka Garza panting in transition. Iowa lost to 7 seed Oregon the second round.

The Big 10 was a massive disappointment this year, and should be made fun of for some time. Especially Ohio State, because they lost to a team called Oral. Either way, the tournament has been a thrill to watch, packed with double the action considering last year’s tournament cancellation. It’s only a matter of weeks until the NCAA crowns a men’s basketball champion only for that team to severely underachieve next year. But it’s all okay because this year’s tournament doesn’t even count because neither Duke or Kentucky are in it.