What is the Future of Schooling at Allderdice After a Year Consumed by COVID-19? 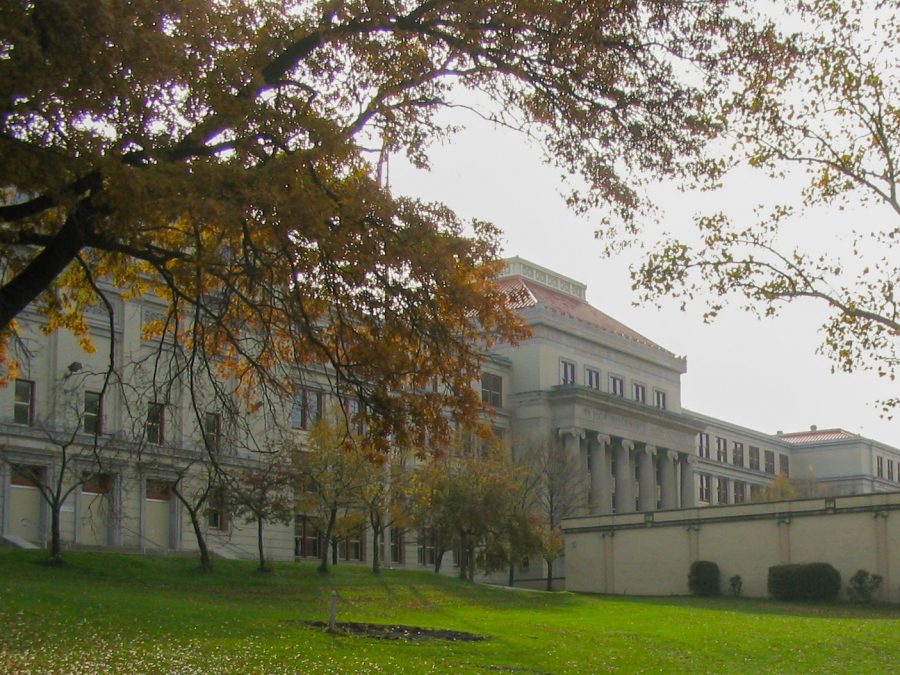 Whether you are a student, a teacher, a parent, a guardian, or an administrator, you cannot deny that the 2020-2021 school year has been completely upside down.

A year full of firsts that included learning everything through a computer and getting acclimated to new platforms like Microsoft Teams and Schoology, the 2020-21 school year has been unlike anything anyone has ever seen, and hopefully unlike anything we ever see again.

It has been over fourteen months since Pennsylvania Governor Tom Wolf closed down schools on March 13, 2020 for an initial two weeks. (Remember that?) While many at the time believed then that the school year would not be significantly affected by this new and mysterious Coronavirus, that ultimately turned out to not be the case. After a return in November of 2020 for only a handful of students, and for only a handful of days, doors were shut again, and students had to wait until the spring of 2021 to be able to return to in-person school.

In the spring of 2021, any student who wanted to go back to in-person school had the option of doing so under a hybrid model of two days in-person and three days online. However, even those who returned to the building and experienced some sort of normalcy in their academic life for the first time in over a year, still are using the same new platforms that they were when they were fully online, albeit a little bit less.

With all of the new tech implemented into school life, what exactly does the 2021-22 school year look like? Will the new ways of schooling disappear as quickly as they arrived when life gets back to normal? Is that what students want? How many of these new changes did students actually like? Will there be significant change between pre-Covid and post-Covid school? All these questions and more hover over the coming school year.

Among many differences from the 2019-20 school year to 2020-21 school year was the use of computers, and attending classes virtually from home. After schools shut down in March of 2020, there was not proper communication between schools and teachers to students, which led to confusion.

“This sense of ‘we just wanna kinda get by’ in the spring, and I don’t think anybody could fail, I think people entered into the beginning of the [2020-21] school year thinking they could do the bare minimum,” Ms. Hertz, the literacy coach for Allderdice, said. “I had heard from somebody, they said that some students felt like school was optional, because [it was] virtual.”

As students were made aware that the 2020-2021 school year was in fact not optional, many became acclimated to the new way of online school, with Microsoft Teams calls and assignments in Schoology. But as life slowly crawls back to some sense of normalcy, do platforms like these remain a part of the academic experience?

In a survey that cycled around Allderdice, nearly 46% percent of students who responded said
“yes” when asked if they believed platforms like Schoology and Teams will become a part of regular school life in future school years.When asked if they wanted platforms like Teams and Schoology to become part of regular school life, only 33% said they did.

Ms. Hertz also added that she believed computers will play a larger role in school (as opposed to before the pandemic), saying it would also be easier to do more on computers with each student having a computer.

Another major shake up this year came in the second semester, with WIN (“What I Need”) Wednesdays, a day with no live virtual classes except for homeroom, which would start at 10:45am  and end at 11:00am, instead of its usual time of 7:36am in the morning. The main focus was to help students by giving them more time to complete assignments, and a break from staring at their computer screen for hours on end.

In the survey, students said in a clean sweep of 100% that they had enjoyed WIN Wednesdays. It was the only unanimous answer on the survey. When asked if they wanted WIN Wednesdays, or some form of them, to stay in the future, 75%, said yes.

However, if you’re a fan of WIN Wednesdays, the numbers get less positive from here. Around 41% said “yes” and that they believe it is possible for Allderdice and/or the district to keep WIN Wednesdays, or some form of them, for future school years.

A question on the student survey asked respondents to give a rating from 1 to 10 (1 being the worst, 10 being the best) on how open they believed PPS would be to listening to and potentially acting on suggestions made by students. 75% of respondents gave a 5 or under, including 29% who only gave a 1 or a 2.

Dr. Ann Fillmore, the Literacy Expert for K-12 for Pittsburgh Public Schools, was puzzled by the results.

“I’m not really sure why that is. It’s hard to explain, I’m not really sure why that would be. But I would just encourage students, especially at the high school level, to continue to advocate for the changes they would like to see in Pittsburgh Public, as well as their own school building. Their student voice has a lot of power, and I think they should definitely continue to exercise that.”

“I think we have seen a lot of growth with the technology that we’re utilizing now, in the remote as well as the hybrid environment, and I think that teachers are really growing their practice around student engagement and individualizing assignments and things like that for students. So I think those gems will absolutely stick around moving forward.”

Dr. Fillmore also suggested that traditional school tools may be deployed in various other ways when everyone is back inside the building next year, although she did say it is very difficult to predict where schools and the district will be when the 2021-22 school year will kick off in late August.

Ms. Hertz agreed, saying she believed platforms like Schoology are set to play a larger role in schooling going forward. She is also optimistic that this year has taught schools to diversify their way of handling education.

“What I hope is that we increase the opportunities to differentiate to meet the needs of diverse learners better. For example I think that some kids are thriving in virtual school, while some kids are not. [There is] some ability to be self-paced, so some of the asynchronous work [that] I think benefits some, does not benefit others.”

Ms. Hertz also said she sees the benefit of keeping Schoology to better students’ ability to turn in assignments while not physically in the classroom.

Dr. Fillmore added one way to improve student’s confidence in the district is by providing students a space to voice their opinions.

“I think offering the space for students to share their perspective and their voice, welcoming that perspective into the conversation I think is going to be very valuable as we are planning for the upcoming school year. And I think too we need to continue to communicate, not only to parents and to our community, but definitely to our students as well, to make sure that they understand…some of the decisions that are on the table, or some of the choices as a district we need to make to hear their perspective, and bring them into part of the conversation as stakeholders in our district.”