The Equal Pay Debate in US Soccer, Fully Explained! 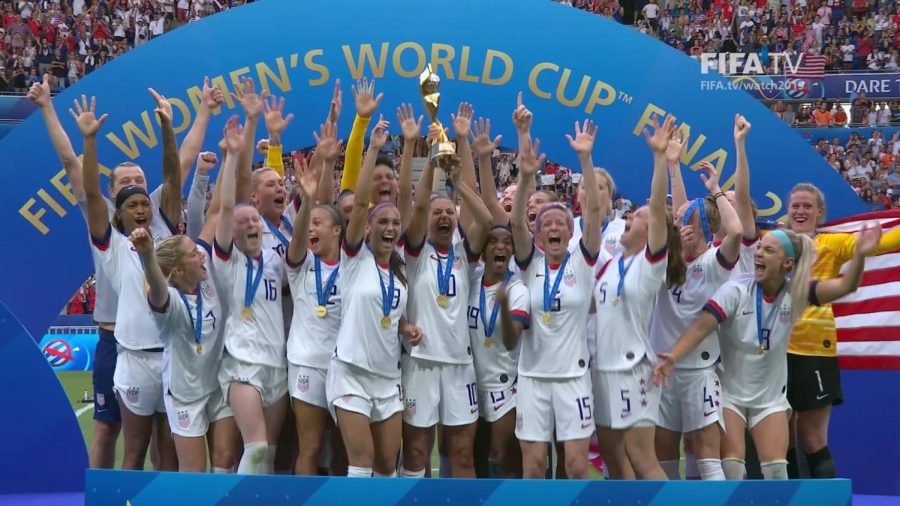 On March 8, 2016 the US Women’s National Team sued US Soccer for gender discrimination. The team’s argued that they are paid roughly a quarter of what their male counterparts are paid for the same, if not better, job.

The largest argument against equal pay is the fact that the USWNT (United States Women’s National Team) do not bring in as much game revenue as the men’s team.

Overall that is true. When tracked over a long period of time, the men did bring in more revenue. But in recent years the women are beginning to catch up. In 2015 the USWNT exceeded the US men in game revenue because of their World Cup win. According to an article from the New York Times, the women’s team brought in over $23 million in game revenue in 2015 compared the $20 million the men’s team brought in. Since then, the USWNT have brought in more revenue than the men each year. Because of their back-to-back World Cup wins and their winning seasons, the USWNT are continuing to grow in popularity and expand viewership.

Supporters of the equal pay movement, use the phrase “Equal Pay for Equal Play” to capture their message. On a year-to-year basis, the women play more games than the men. The New York Times article reported that the USWNT played 110 games in 2015 (a year of the FIFA Women’s World Cup), while the men played only 76 games. And while the women did earn wages for those extra 34 games that the men didn’t play, the women had to win these games to make the same amount as the men did for less games.

The overarching problem is that, although the pay gap between the men’s team and the women’s team is decreasing, it only because the women are winning championships, unlike the men. (The men didn’t qualify for the 2018 FIFA World Cup, while the women won the championship the following year.)

The public is split over the equal pay debate. Many students are familiar with the inequality between salaries.

Abigail Segel, Varsity Girls Soccer player said, “Even if the women’s team didn’t have the amount of success that they currently do, I think they should still get equal pay for doing the same amount of work as the men.” Junior, Luke Chinman commented, “If the men won the World Cup, they would be getting paid so much more than the women’s team, who [have recently] won two World Cups, which is crazy.”

The equal pay debate is becoming relevant in US soccer because of the USWNT’s collective bargaining agreement (that decides their working conditions and salaries) ends in 2021. Because of this, the women have taken this opportunity to push for better salaries and working conditions. Other countries around the world have also set dates to achieve pay equity for their teams. Even for the 2019 Women’s World Cup, the prize money was doubled to $30 million and they plan to double it again in 2023. (This is still only a fraction of the $400 million pot for Men’s World Cup.)

The USA women’s team have seized on this opportunity to rebalance the system and fight for equal pay in all sporting events. This debate has opened up the conversation of gender equality and the problem of equal compensation for all female professional athletes.