A Dive Into the 2019 Summer Renovations 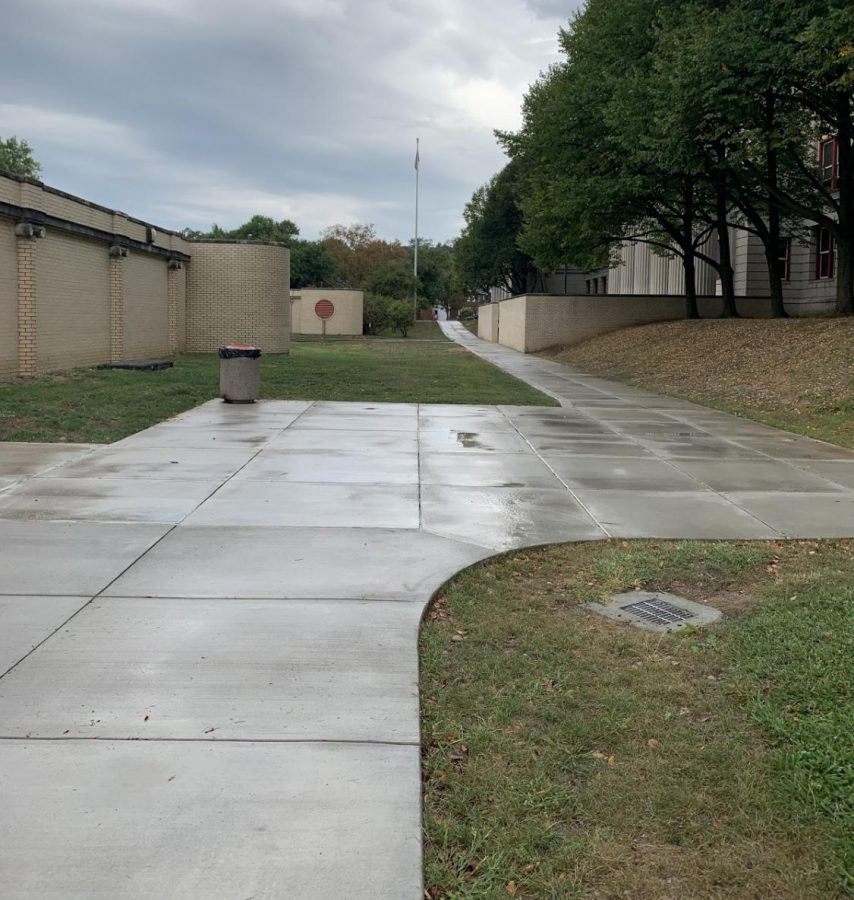 In the two months of summer break when all the students and teachers were nowhere to be seen, people were hard at work renovating the building for the next year. Coming to school on the first day, the students were treated to seeing newly paved sidewalks,

parking lots and a shiny new gym floor. But how necessary were these renovations?

The Foreword asked head custodian Char Adams about her thoughts on the renovations. “I think the renovations went pretty good, some things were overdue like the stairs and cement. The new stairs are now up to code and safe for students and  the new LED lights will save the district a lot of money,” she said.

The changes were needed but where on the list of necessities do they lie? There seems to be a unanimous want for a school wide air conditioning unit. We asked Adams what she would want if she could renovate anything in the school, “If it were up to me, I would have picked other items. I would have picked AC unit all around, new roof and elevators.” The question many have asked is, Who actually makes the decision on the changes in our building? It turns out that it is a collaboration between the Facilities Division and the Admin Building. The lack of outside input from students and teachers is a disappointment to taxpayers and people who actually work in the building for the 10 months during the school year.

On a broader spectrum, being a public school district, money comes from all different sources, including tax-payer dollars. Tax-payers do not have direct control of  what the school does with the money. The status of the school is really important to the tax-payers and city, so the renovations may not be for the benefit of the students. There is a direct correlation between the quality of the school and property values; if the school is known for being good, the higher the property value it has. The system that decides how good a school is uses schools’ test scores to give schools a grade. The issue with the system is that, the better the school, the more funding it gets. This doesn’t give schools with poor resources which reflect poor test scores any ability to improve.

Local Pittsburgh software company Niche reports on schools and gives schools grades to combat the test score system. An analyst at Niche gave us some insight on their methodology, saying, “Using those different survey dimensions in conjunction with data compiled from various government data sources and in some cases schools themselves (we form partnerships with schools and colleges), we get a set of factors (think a set of numbers) for all of our schools. We then weigh those factors to produce a list of schools; the order of that list is the ranking you see on our website” Allderdice is measured and given ranks for different strengths and weaknesses of the school. This gives homeowners and possible homeowners a reason to send or not send their kids to Allderdice. “Every year we revisit our methodology and this algorithm to ensure quality and balance. It’s actually one of the most time-and-labor-intensive tasks we perform at Niche and requires collaboration across different parts of our organization. The exact recipe by which we go about quality control is difficult to lay out (and unfortunately is proprietary), but we take extreme measures to ensure data integrity”.

One large issue surrounding Allderdice last year was the closure of the bathrooms through the school. There were many rumors for why they were closed. Adams gave us a clear answer: “Students are defacing property. It’s vandalism, you’re showing us disrespect and you show how you feel about your building and you have to be proud of your surroundings.  No one shows proper etiquette and respect to their own building. You are the ones in here learning for 180 days, so you guys have to care for it.” Allderdice bathrooms are home to more than just what they are meant for.

Kids at Allderdice are known to do a plethora of other things in the bathrooms, like hanging out, doing homework that was due that period, and worst of all, using illegal substances. According to Adams, “The annex bathrooms were closed because it was easy for kids to hide, smoke and vape. Security and Custodial staff constantly do bathroom and hallway checks. I enforced that when I came here in 2016. McCoy and I talk about kids vaping and safety concerns to close the bathrooms.” Essentially school administration does not tolerate disrespect and vandalism. The new renovations made, are convenient and pretty to look at.  They are wanted to be respected and cared for. Students and teachers of Allderdice are hopeful that the school can keep moving forward in its renovations and get what the people want in collaboration with administration.