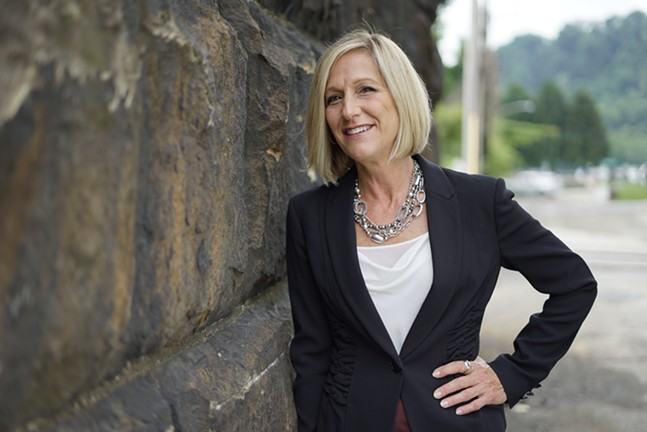 In the upcoming Pennsylvania general elections on November 5, Lisa Middleman will challenge long-time incumbent Stephen Zappala for the position of Allegheny County District Attorney (DA). Zappala faced opposition in the primary election last May from fellow Democratic candidate Turahn Jenkins, but ultimately won the race. Since Zappala won both the Democratic and Republican primaries and Middleman was not on either ballot, she is running as an independent candidate.

The Allegheny County DA oversees the DA Office, which is responsible for bringing charges against individuals who commit crimes and prosecuting the cases on behalf of the state. As Middleman’s campaign frames it, their job is to decide which cases to investigate, prosecute, or divert to treatment or services.

Middleman has worked as a public defender for 32 years. She says she is running because “the incumbent’s years of poor judgement have harmed victims, cost taxpayers millions, and torn apart families.” She echoes the criticisms that have been brought against Zappala by criminal justice reformers since he was appointed to this position in 1998.

After the acquittal of Michael Rosfeld, the former police officer who shot and killed unarmed Black teenager Antwon Rose, some activists called for Zappala’s removal. Last March, students filled the streets to protest the jury’s decision and demand justice for Rose. The Youth Power Collective—a student-led activism organization that was a central part of planning the march—outlined ten demands to improve the lives of people of color in Allegheny County, including getting rid of Zappala.

Zappala was responsible for prosecuting Rosfeld, and although he said that he disagreed with the verdict, the acquittal prompted criticism of his handling of the case. While he did choose to bring charges against Rosfeld, he has been called out for not having a use-of-force expert testify as a witness. He defended himself by claiming that he was turned down by the experts he asked, but some have attributed this to his close relationship with law enforcement.

On the Allegheny County District Attorney website, Zappala refers to himself as the “chief law enforcement officer.” Middleman criticizes this title and instead says she would serve as the “chief public safety officer” if elected, meaning she would not automatically take the side of law enforcement, the accused, or the victim. Since the DA works closely with law enforcement, she proposes starting an independent group that would investigate police misconduct.

Middleman cites mass incarceration, especially of non-violent offenders, as one of the largest problems with the current DA administration. She argues that incarceration rather than treatment or diversion is harmful for individuals dealing with addiction, mental illness, or poverty. She promises to direct the tax dollars spent on locking up these non-violent offenders to solving violent crime.

As Allderdice junior Jadyn Gibson mentioned, the issue of “concentrated incarceration” begins with discipline in schools. “We are dealing with a system that is pipelining our students of color into incarceration,” she explained. “Some changes that I believe should be made are training our law enforcement to, to an extent, be blind to color and not criminalize young students of color.”

Middleman outlines her plan to curb racial bias and “concentrated incarceration” in the justice system, as well as other issues, on her website. Zappala’s platform can also be found on his website. His priorities include “protecting our most vulnerable,” such as victims of domestic abuse, senior citizens, and pets, and ensuring equity in the justice system through measures like diversionary programs and reforming cash bail.

In a time where criminal justice reform is a major talking point in the 2020 presidential election, the idea of a progressive DA has become increasingly popular. Still Middleman faces the significant challenge of being an independent candidate. In a largely Democratic district, voters are likely to vote straight Democrat, hence Middleman’s campaign slogan “skip the straight ticket.”