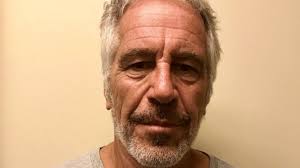 Over the summer on August 10th Jeffrey Epstein committed suicide in his cell at the Metropoliton Correctional Center in New York. For those who have no idea who that was, Jeffrey Epstein was a math teacher turned American financier, he went from working at an investment bank called Bear Stearns to starting his own company, J Epstein & Co.. Then his media coverage changed drastically when it was discovered that his extracurricular activities included sexually assaulting minors for money.

The FBI identified 30 victims of his abuse and he plead guilty to two charges, procuring prostitution and soliciting the prostitution of a minor, the indictment accusing that “over the course of many years, Jeffrey Epstein, the defendant, sexually exploited and abused dozens of minor girls at his homes in Manhattan, New York, and Palm Beach, Florida, among other locations.” A slew of victims claimed that Epstein not only abused the girls and then paid them but had them find other girls for him to use.

After that the entire country knew what Epstein had done. Yet he was let off with a slap on the wrist, an 18 month sentence of which he only served 13, and required to register as a sex offender because Epstein was a rich, white, and very well connected man. Still more of his story unfurled when in July 2019 Epstein was both arrested and indicted for sex trafficking underage girls. Epstein was looking at up to 45 years when he ended his life. It seems however that his guilt chased him even 13 years after his initial charges were filed.

On the matter Allderdice student Sam Zlotnickov said quote “I find his actions to be absolutely and utterly disgusting – anyone who can commit crimes along the lines of sex trafficking cannot receive any respect, although anyone’s death by suicide is still unfortunate.” Epstein’s case is not only disturbing because of the monstrosities that he committed but because it was his circle of high profile clients which included Donald Trump and Bill Clinton was the reason he made off with minimal jail time.

Prior to being charged, in his financier days, Epstein had demonstrated a fascination with academic science and had spewed some of his own ideas on topics such as Eugenics saying once that he wanted to impregnate over 20 women in order to spread his DNA. Trump’s ties with Trump are also highly concerning. Trump said in a 2002 interview with New York magazine “I’ve known Jeff for 15 years. Terrific guy. He’s a lot of fun to be with. It is even said that he likes beautiful women as much as I do, and many of them are on the younger side.” Even with all of these red flags Epstein faced little jail time, and thus shines a spotlight on many issues with today’s government: Wealth and connection can act as get out of jail free cards, women’s right’s issues carry less weight in terms of sentencing, and Donald Trump made light of Epstein’s taste for girls on the “younger side” which brings up a whole new set of questions concerning the sitting president. Epstein’s case is one to be taken seriously and one to never be repeated.