A Guide to Upcoming Movies 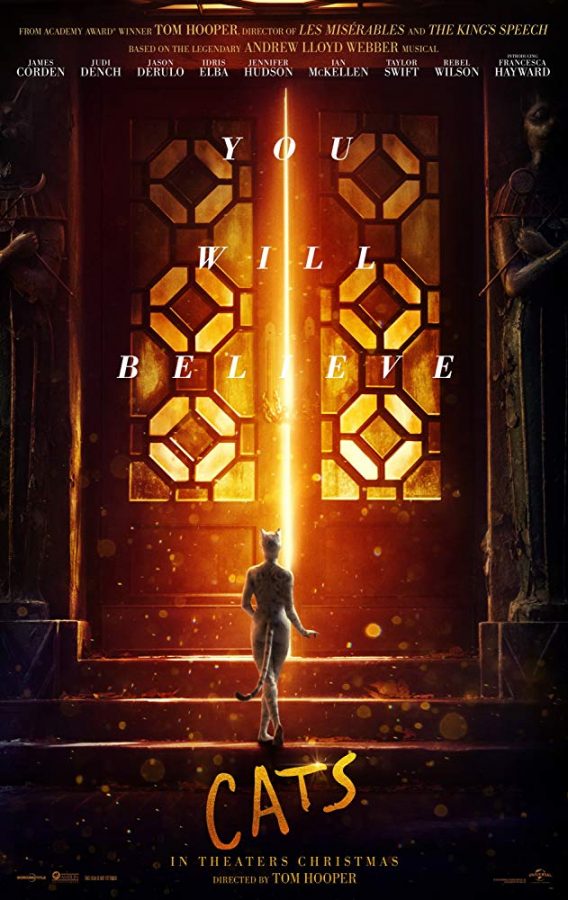 This past weekend, I watched Ang Lee’s Gemini Man, and I am currently working on a review. In the meantime, I thought I’d compile a list of movies that are coming soon to theaters in 2019. I’ve provided a brief description of each film, my thoughts in advance, and the link to the trailer. Enjoy!

Note for diehards and nerds: If you’re like me and want to avoid all spoilers for Star Wars, then I have some advice for you: don’t click on the link.
October
October 18th

Zombieland 2: Double Tap Apparently this is a sequel to a 2009 film called Zombieland. If anyone cared about the first movie in the series, they’ve likely forgotten about it by now. Starring Woody Harrelson and Emma Stone, Zombieland 2 is directed by Ruben Fleischer, director of Zombieland (2009), and Venom (2018). For those who enjoy zombie comedies (yes, it pains me to admit that zombie comedy is a legitimate film genre), it’s a must see.

The Lighthouse I’m not a big fan of horror, but I’m pretty excited for this one. For starters, Director Robert Eggers chose to shoot in black and white thirty five millimeter film, using a 1.19:1 aspect ratio. Essentially, the film is using early twentieth century technology, with a twenty first century budget. As for the story itself, the trailers reveal little. Robert Pattinson and Willem Defoe co-star as two lighthouse keepers in nineteenth century New England, whose toils and isolation induce psychosis.

Jojo Rabbit Jojo Rabbit tells the story of a boy in the Hitler Youth, and would best be categorized as a war comedy or dark satire. Even if it is intended as satire, cracking Hitler jokes can be a touchy subject, so let’s hope that the more serious elements of the film–for example, Jojo’s mother is hiding a Jewish girl in the attic–help to balance out the Nazi pasquinade.

Maleficent: Mistress of Evil I want to start off by saying that I’m not opposed to the idea of flipping classic stories on their heads; in fact, I think twisted fairy tales have the potential to be outstanding. But let’s be honest, a sequel to Maleficent has no business existing. Unfortunately, as long as they’re popular (and consequently bring in the big bucks), stale ideas will always trump original ones.

The Laundromat The Laundromat boasts a star cast of Meryl Streep, Gary Oldman, and Antonio Banderas. I think the production companies are hoping that this triumvirate will be enough to draw crowds. The film, which chronicles a money laundering scheme, is clearly trying to be a satire, but all of the humor in the trailers is a bit too conspicuous for my tastes.

The Irishman Directed by Martin Scorsese, and starring Robert De Niro, Al Pacino, and Joe Pesci, Netflix’s The Irishman is based on a popular memoir about a hitman. De Niro’s character, as an old man, reflects on his career as a hitman through a series of flashbacks, which use de-aging technology to portray a younger De Niro. Gangster movies don’t interest me, especially not when their runtime is three and a half hours, but the focus on mid twentieth century American labor movements provides an compelling twist to the genre.

Harriet Harriet has been in the works for a while, with rumors dating back five years that Viola Davis would star as Harriet Tubman in the biographical drama. Davis never landed the role, instead, the film stars Cynthia Erivo as Tubman. The story of the Underground Railroad has been told many a time, but if the directors are able to transcend some of the platitudes, then Harriet will be in talks of an Oscar come February.

Terminator Dark Fate The number one selling point of the sixth installment of the Terminator franchise is the return of James Cameron as a producer. Dark Fate is supposedly a sequel to 1991’s Judgement Day, while films three through five in the series have been relegated to “alternate timelines”. The first two films were great; let’s stop bending over backwards to revive a dead franchise.

Doctor Sleep I’m not going to pretend to be an expert on Stephen King. I’ve read Pet Sematary, and watched 2017’s It, and honestly, I found both of them dull (when it comes to horror, I greatly prefer psychological thrillers to jump scares). Objectively speaking, though, Doctor Sleep could be quite appealing to fans of King and the horror genre. Doctor Sleep is a sequel to The Shining, and it follows the story of a grown up Danny Torrance (I’m pretty sure that’s the “Redrum” kid), who is played by Ewan McGreggor.

Last Christmas No list would be complete without a trashy holiday romantic comedy. Last Christmas pairs the music of George Michael with the talents of Emilia Clarke and Emma Thompson, the former of whom stars as a London department store elf.

Midway Although there’s a 1976 film with the same name, 2019’s Midway strives to be more than a simple rehash. The film focuses on the 1942 Battle of Midway, which was fought between the United States and Japan during World War II. The film stars Luke Evans, Woody Harrelson, and Dennis Quaid. Hopefully it keeps the jingoism to a minimum.

Lady and the Tramp November 12th is a big day for Disney, as it marks the launch of the new streaming service Disney+ (I’m calling it right now, Disney+ will force Netflix out of business). I understand that ol’ Bob Iger wants the streaming service to have a grand entrance, but…really? A live action Lady and the Tramp? Let’s put this into perspective. Disney’s remakes of some of their best cartoons–The Jungle Book (2016), Beauty and the Beast (2017), and Aladdin (2019)–were all garbage. Why should we expect Lady and the Tramp to be any better, especially since the original was garbage to begin with? Since dog movies in general annoy me, talking CGI dogs really rub me the wrong way.

The Report Fun fact: Kylo Ren is a staffer on the Senate Intelligence Committee in his spare time. I’m kidding, I’m kidding (everyone knows he’s really Matt the Radar Technician). Though he’s unlikely to win an oscar for his work as the Supreme Leader of the First Order, early reviews suggest that Adam Driver’s performance in this Netflix docudrama may be oscar worthy. Driver’s character leads an investigation on the CIA and its covert use of torture in the aftermath of September 11th, 2001.

Frozen 2 I don’t think I’ve ever watched Frozen from start to finish, and from what parts I did watch, I don’t remember liking it that much. For some reason, though, I’m looking forward to the sequel (probably because of the fond memories I have of “Let it Go” karaoke parties).

A Beautiful Day in the Neighborhood As a four year old at the Children’s Museum in the North Side, I found the Mr. Rogers exhibit a tad bit disconcerting. But Fred Rogers wasn’t just some creepy old man who terrorized kids with puppets; instead, he was a bona fide humanitarian, who is deserving of a major motion picture. A Beautiful Day in the Neighborhood is told from the perspective of a conceited journalist who is assigned to write an article on Mr. Rogers (played by Tom Hanks), and subsequently forges a down to earth relationship with the TV personality.

Knives Out Though Rian Johnson has brought us two quality science fiction/fantasy films in the past decade (2012’s Looper and 2017’s Star Wars: The Last Jedi), report has it that he’s wanted to direct Knives Out, a modern take on murder mysteries, since 2010. The film’s premise revolves around the internecine murder of a famous writer, and from the looks of the trailer, it will have somewhat of a comedic bent. 007 himself (Daniel Craig) stars as the detective, and he is joined by a supporting cast of Captain America, Captain Von Trapp, and Yoda–i.e. Chris Evans, Christopher Plummer, and Frank Oz–to name a few.

Dark Waters If his roles in the Marvel Cinematic Universe are any indication (not that they necessarily should be), Mark Ruffalo isn’t greatly endowed in the area of acting skill. I’ve gotta tip my hat to him for his political activism, though. Dark Waters combines Ruffalo’s passion for acting with his passion for environmentalism. Ruffalo plays the role of a lawyer for a the Dupont chemical company. His character travels to a West Virginia town, where chemicals from a Dupont chemical plant are contaminating the community’s drinking water.

Jumanji: The Next Level Jumanji holds a spot on this list for one reason and one reason alone: so I can urge you not to waste your money on it. I have nothing against Dwayne Johnson as a person, but his films exemplify and exacerbate what’s wrong with Hollywood these days. Big budget, poorly acted, poorly scripted, and poorly designed films suppress all semblance of originality, and force creativity out of the industry.

Star Wars: The Rise of Skywalker Despite all of the haters, the newest Star Wars trilogy will always hold a special place in my heart. In 2015, The Force Awakens revived my love of Star Wars (my midichlorian count had dipped slightly during my pre-teen years). After Rogue One hit theaters in 2016, I started a countdown to Episode VIII and Episode IX. The countdown for Episode IX was over one thousand days. Star Wars: The Rise of Skywalker will mark the end of a forty two year nonalogy, arguably the greatest fantasy saga in cinematic history. Don’t be last in line.

Cats Remember what I said about computer generated dogs? Well I think I found something creepier. Computer generated cats with humanoid faces that are two feet tall and run around on two legs through cobblestone streets. Watch the trailer if you don’t believe me. Cats worked as a musical, but watching hybrid cat-human abominations on the big screen is another matter entirely. As much as I like “Memories,” I hope I forget the image of Sir Ian McTabby that’s burned into my brain ASAP.

Spies in Disguise If three Men in Black movies weren’t enough for you, now’s your chance to see Will Smith starring in another spy movie. This time around he’s just doing voice work, joining Tom Holland and DJ Khaled in an animated spy feature. I won’t harp on the tiresome slapstick: the film looks fairly innocuous and it could be fun for younger viewers. On the other hand, the fact that its release date has been pushed back three times doesn’t bode well for its success.

1917 I’ll be the first to tell you that the “innocent soldiers cross into enemy territory on a daring mission” war narrative is done to death. But I’ll also be the first to tell you that Benedict Cumberbatch is a great actor, beyond his roles in Dr. Strange and The Hobbit. Watching a film about the War to End All Wars on a picture perfect Christmas afternoon isn’t exactly my cup of tea, though.

Little Women If Jimmy Kimmel went out onto Hollywood Ave. and told random passersby about a movie with a cast of Meryl Streep, Emma Watson, Laura Dern, and Timothée Chamalet, most of them would buy a ticket without asking another question. The cadre is joining forces for a film adaptation of Louisa May Alcott’s 1868 classic, which makes it all the more appealing. Of course, it is the eighth film adaptation of Little Women (tenth, if you count the two silent versions that came out in 1917 and 1918). At some point they’ll have to stop, right? Right?