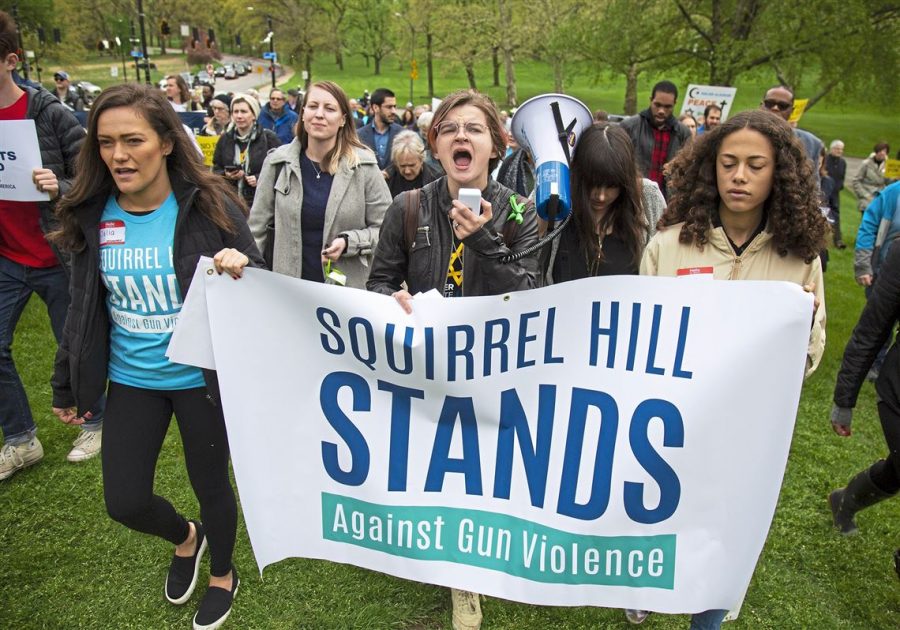 This Sunday, October 27, will mark one year since the shooting at the Tree of Life synagogue. In collaboration with community partners and faith organizations including CeasefirePA and Bend the Arc, Squirrel Hill Stands Against Gun Violence will hold an event titled “In Memoriam.” It will take place on October 24 at Northshore Riverfront Park from 4 to 5 pm. The event has two main goals: to honor victims of gun violence including those killed in the Tree of Life shooting, in gun homicides in Pittsburgh, and in mass shootings throughout the country and to demand policy change to prevent further gun violence.

The event will not feature any speakers and will mainly be quiet. Attendees will be given posters that read “In Memoriam” and will be asked to write the date of a shooting that has affected them. The signs will also include messages that advocate for specific gun reforms including universal background checks and extreme risk protection orders.

Eleven chairs will be left empty: one for each person who was killed on October 27.  93 volunteers will be called to step forward to visually represent all who have been killed in mass shootings throughout the past year. If enough people attend, the leaders plan to have volunteers stand to recognize all victims of gun violence throughout Pittsburgh during the past year.

Squirrel Hill Stands Against Gun Violence formed in the aftermath of the attack at the Tree of Life synagogue and was founded by members of the Dor Hadash Social Action Committee. Dor Hadash is one of the three congregations (Tree of Life and New Light Congregation are the other two) that held services in Tree of Life. Squirrel Hill Stands Against Gun Violence is currently focused on advocating for universal background checks, red flag laws, and a ban on assault weapons and high capacity magazines.

“It is important for young people to recognize that they can really make a difference.

Their voices need to be heard. We hope you come to the event,” said Carolyn Ban, the chair of the Steering Committee of Squirrel Hills Stands Against Gun Violence.